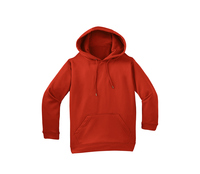 A hoodie is a type of sweatshirt with a hood. Many styles include zippers and two lower front pockets. Others have a single large muff. The hood can be adjusted by adjusting a drawstring. There are two main types of hoodies: zippered and pullover.

What is considered a hoodie?

The hood is designed to cover the head and ears to keep the wearer warm in cold weather. Most people lose a lot of body heat from the hands and head, and the hood can help prevent this. Besides being functional, hoodies also look very cool on the wearer. Hoodies are popular among hipsters, fashionistas, and street-savvy individuals.

Hoodies first became popular in hip hop culture during the 1970s. They were popular with graffiti artists, who used them to disguise their identities. This style of clothing has controversial connotations, however. Since then, hoodies have become a staple of youth culture. In recent years, they have also found their way into high-fashion.

Before becoming popular as a street fashion item, hoodies were used as outdoor workwear and sportswear. Inventors like Champion developed a technique for sewing thicker materials and made the first hooded sweatshirt. This garment helped workers stay warm while working in Upstate New York.